What is Premature Ejaculation?

Premature ejaculation is one of the most common sexual problems. The condition is most often described as being an inability to delay ejaculation to a point when it is mutually desirable for both partners.

The definition of when ejaculation is premature is subjective. While some men have trouble controlling their orgasm upon entry, others consider 5-10 minutes of sex too little time.

Most men have experienced this problem at some time in their life. Premature ejaculation was once thought to be caused by drugs or certain infections such as urethritis, but popular wisdom suggests it is more psychological in nature.

The exact cause of the condition, however, still remains a mystery.

Premature ejaculation often occurs during the first experiences with sex, and in this case is most commonly attributed to anxiety. The majority of men gradually learn to control their orgasm, and have no lasting effect.

Some men will develop a longer-term anxiety toward sex, which can cause a prolonged experience with premature ejaculation.

Sexual behavior is also a factor. The longer the period since last ejaculating, the quicker young men typically reach orgasm. Younger men tend to ejaculate more quickly than older men, as experience seems to be associated with ejaculatory control. 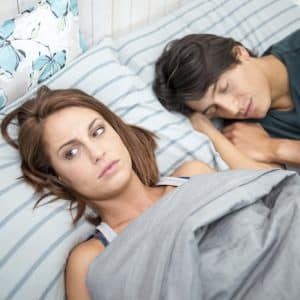 What can I do to delay ejaculation?

Many men using African Fly have not only eliminated premature ejaculation, but find that after orgasm, they can resume sexual activity in a short time period.

Repeating this procedure a number of times on different occasions will help you learn where your point of climax is.

Once you have an idea about your ‘point of no return’ you should be able to direct stimulation from your partner leading up to orgasm. The best way to practice this method is with a caring lover, although you can try to prepare by yourself.

Repeat these steps several times to get the hang of it. You should practice these steps for several days before you attempt intercourse.

Once you are ready to try intercourse, lay on your back and direct your partner to slowly allow you to penetrate. As soon as you feel that you are about to climax, signal to your partner or give a gentle push upward. Relax for a bit, then begin again. You should soon be able to control your ejaculation and enjoy having sex.

Although the method is extremely effective, it could take weeks before you get it just right. Remember, be patient and try not to put too much pressure on the situation.

If you don’t get it the first time, shrug it off and remember that you are working towards something that takes time. If you still have trouble, don’t hesitate to contact a sex therapist for guidance.

The squeeze technique is really just a variation of the Masters and Johnson method, except that the assisting partner squeezes the tip or base of the penis just before the point of climax to essentially cancel the orgasm. The ‘squeeze’ forces blood out of the penis and reduces the erection. You may want to use the squeeze technique if the Masters and Johnson method alone is not working.

Desensitizing creams are products which purport to lessen the sensations felt by men during intercourse so that they can last longer. The limitation that many men feel these creams have is that they make intercourse less pleasurable by decreasing stimulation.

Condoms are an effective means of reducing the amount of stimulation experienced during sex. Some men find that a condom helps them prevent premature ejaculation by lowering their arousal. If one condom does not decrease the stimulation enough, then put on one more.

Condoms provide excellent protection against STDs and pregnancy, so they’re certainly worth a try.

Sexual positions can affect a man’s ability to control his ejaculation. The typical ‘missionary’ position (on top of your partner) is not the best position while attempting to control ejaculation.

Try laying on your back, allowing the partner to control the sex. In this position you are more relaxed, and can guide your partner easily.