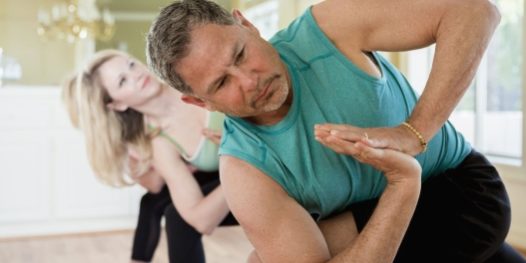 Do You Stretch Before Sex?

Sex can be a cure all for what ails you…temporarily. Years ago I had what could only be diagnosed as a back cold. Basically my lower back was locked up to the point that I could not walk let alone stand up. (I will tell you what the full remedy for that at the end because…well you’ll see.)

My girlfriend at the time came over to help me out. What was supposed to be a back rub ended up with us having sex…with her doing most of the work. Then the most amazing thing happened!

I was cured. I could walk again. I was only a little stiff which was a far cry from not wanting to move at all.

That lasted a good ten minutes and I was back to laying in bed in pain. The great thing about sex is that it releases a ton of chemicals that make you feel better and relieve pain. The not so great thing is that pain relief is temporary. 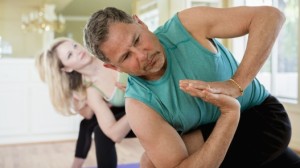 During sex you are in positions and moving body parts that aren’t used too often. There aren’t too many exercise classes for hip thrusting, gyrating and grinding. So randomly we subject our body to intense five to thirty minutes of body weight exercises.

There are few people who even think about warming up or stretching before sex. Many folks believe it is supposed to be spontaneous which is great but leads to performance issues during sex and aches after sex.

I have a good friend who noticed that his hip was bothering him and initially blamed it on sitting still and driving long distances. Now he realizes that his ground and pound game during sex was giving him painful returns. What got him out of that situation?

Stretching! You can do just 3 to 5 minutes of stretching which will help you to

Stretching is an easy way to improve your sexual performance. Give it a quick try. You are definitely going to love it.

Oh…before I forget. After being down for a few days with my back cold my mother asked me that motherly question…”When is the last time you had a bowel movement?”

Initially I thought that was a weird question but then realized I had not had one since I got the back cold. One trip to the bathroom and I was permanently cured.

Aren’t you glad I waited until the end?