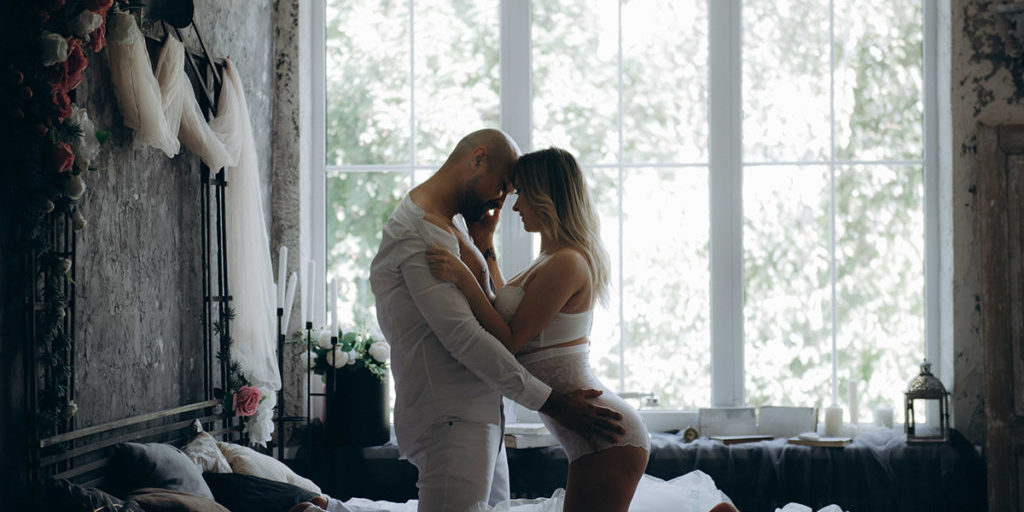 When it comes to having strong and lasting erections, men should know that eating a meat based diet will cause you to lose your erections.  Let me preface this by saying that I love meat. I  used to be a meat eater. I’ve probably consumed every kind of animal you can consume. But meat does not love me and it is simply bad for you.

The Biggest Lie in History

We’ve always been told to be strong, you need to eat meat. Where did this claim come from? It came from a German chemist name Justin Von Liebig. It also happens to be the biggest lie in history.  Justin Von “Lie Big” hypothesized that in order for you to be strong and have more energy, you need to eat meat. He also claimed that vegetarians are incapable of prolonged exercise. Tell that to Arnold Schwarzenegger.

But why would Mr. Liebig Lie?  Because it helped his company, the Liebig Meat Extraction Company. They set up camp and started selling meat worldwide, made it cheap so that even poor people could buy it.  And just like that the world became addicted to it.  The USDA’s first recommendation in terms of protein came from one of his “studies”, which were later debunked as not being true.

Did you know that one of the strongest men on the planet lives on a diet of pure plants? Growing up in Germany, Patrick Baboumian suffered an unimaginable loss as a child.  Both his father and sister died in a tragic auto accident.  From that moment on his dream was to become so strong that if anyone else was ever in an accident, he could save them.

He went on to become one of the strongest men in the world. He once carried a yoke that weighed 1200 lbs for 30 ft.

That’s like carrying a horse from the grocery store to the car.

Humans are not carnivores or omnivores.  Carnivores and omnivores eat meat raw. Obviously, our bodies don’t allow us to do that.  The hardworking muscles of your body get their energy primarily from the carbohydrates, from plants. But meats have protein too! Yes, but if you’re eating the animal, you’re just getting the plant through the animal.

All proteins naturally come from plants.  Plants have all the essential amino acids that humans need.  Our ancestors ate a plant based diet. The whole myth of the Hunter gatherer can be traced back to the 1930s when archeological digs discovered human remains and sharp stones.

Archeologists assumed the sharp stones were for killing animals. It was later found they were primarily used as gardening tools. The only reason man went out and hunted for something is if there were not enough plants to eat.   Plants are all over the planet. As long as you can identify the plant, you can eat it, and survive almost anywhere on the planet.

Animals are hard to kill, gut and skin and break down and eat. If you had to do that every day you would wear yourself down.

How a SINGLE Meat Based Meal Affects Your Erection

A single animal based meal can decrease blood flow by 29% and increase inflammation throughout your body by 70%.   That is just one meal. Cow’s milk can increase your estrogen by 26% and decrease your testosterone levels by 18% within one hour of consuming. Subsequently, plants actually reduce inflammation and has 64 times more antioxidants than an animal-based meal.

To make matters worse, that animal fat will remain in your body for 6 to 7 hours.  If you have a nice romantic steak dinner at 6:00 pm and want to get romantic around midnight, you might have a problem. That’s because it’s still in your system.

Plant Based Diet Improves Erections Even When You Sleep

When you are a sleeping you have about five erections a night on a plant based diet. But what is important to understand is that your erection time increases by 300% as well during sleep.  The blood flow is helping your entire body even while you sleep.  It also increases the hardness of your erections by 8% while you’re asleep. And switching to a plant based diet will actually decrease your inflammation by 29% in just three weeks.

Making the Transition from Meat to Plants

Moving away from eating animals to eating plants can be stressful.  I get it. I love meat.  Here are 3 ways to make the transition easier.

Remember the pain. The first way is psychological. When I eat meat, I have knee pain. I have another friend who has lupus.  I had carpal tunnel and it was painful.  When I stopped eating the meat, all that stuff cleared out. Whenever I go back to eating meat, I just remember the pain.

Reeducate Yourself With the Truth. You’ve been educated with this lie. You have to reeducate yourself with the truth. There are some very good documentaries like ‘Forks Over Knives’, ‘Game Changers’, and ‘What the Health’. Those are 3 great movies with a lot of information.  It’s also helpful to find someone to do it with.  My friend who has lupus, also went plant based once I informed him that lupus can be cured on a plant based diet,  And just so you know, this applies to a lot of other things, hypertension, diabetes.

Learn more about making the transition at Switch Your Diet For Stronger Erections: How to Easily Transition to Plant-Based Diet.

What about chicken and fish?  This goes for all meats. If it flies, swims,  runs, or moves and you kill it, that’s the meat you should not be eating.

We’ve been lied to. That’s the truth of it.

We see our parents, our friends and ourselves go through health issues because we’ve been told that we’re supposed to eat meat. It’s not true. We’ve proven that this experiment doesn’t work. We’ve gone through all of human history, every generation being able to live longer and live longer and live longer. But now we see with this new generation of kids coming up that they are the first generation that may not reach your age. We have to make these changes in our generation for the kids.

If you want to save the planet and have better erections, eat plants.

How Long Until You Get Your Erections Back?
December 10, 2019