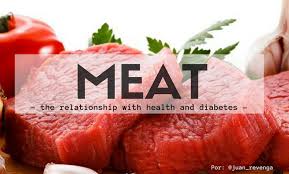 Hey guys, this is Brian with African Fly and I’ve got a very important email that came through. It was a question about what foods really affect your sex life. And I had to think about it for a second and the answer’s actually sort of obvious, but a lot of people never think about it in this way. And it’s meat.

Now for disclosure, I used to eat about 200 animals a month…200 animals a month. And you know, people say, how did you do that? That doesn’t make sense. How did you do that? Well you get a sausage egg biscuit. There’s two animals right there. You get a ham sandwich for lunch, that’s three animals. And then by the time you get a four wings and shrimp  fried rice and that’s that… I don’t know what that number adds up to, but by the end of the month it added up to over 200 animals.

Meat Was A Luxury Item

And that’s something that’s new to us as humans. You ask your grandparents about how often they ate meat and a lot of them will say that it was a luxury. You had it like once a week. Even if you had a lot of money, it wasn’t like it was just a question of money. It was a question in a number of animals that were available.

But now you drive down the street. Every restaurant you go past there is chicken…the whole menu is filled with chicken, maybe a salad with chicken, steak, sausage, eggs…meat is all around us all the time. And because of the high level of consumption of meat, meat actually clogs your system. I know all the commercials say you gotta eat your beef. You got to eat this.

Meat Clogs You Up

The commercials are trying to sell you on eating meat, but we’re trying to get you to have a better sexual health life and meet actually clogs your system. We’re not as humans designed to digest meat. So once it goes into our system, it takes much longer for it to break down and it ends up clogging our system.  Of course our system also includes the vaginal area and the penis. 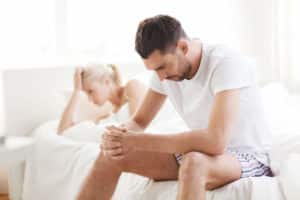 So once you have that level of clogging… you look at people who have heart issues, diabetes, circulatory issues, all of these issues are related to the consumption of meat. Will it effect your sexual health? Yes, especially for men and definitely for women, but especially for men. Men have to have our penis to get erect and if it’s clogged full of undigested animal fat, then it’s not going to be able to perform correctly.

So I get it. Some people are like, ah, I don’t want to give up meat.  It is part of our culture and it’s around you at all times.

Currently I am 80 percent Vegan. After I realized I was eating 200 animals a month, I was like that’s not a good thing for my health. So after going through and looking at what I was eating, I started backing off of it and yes, it helped me in a lot of other ways that I wasn’t expecting even all the way down to Dandruff.

I don’t get dandruff anymore. Used to have arthritis in my right knee. Arthritis is gone. I’m used to get bumps on the back of my head. The bumps are gone. A lot of things happen and definitely in terms of your sexual health, there will be improvement.

There have been studies that have shown that people have gone from a meat based diet to a plant based diet shows significant improvement in their sexual performance. We have guys who had heart attacks and things like that who just said, okay, I’m gonna, listen to what they say about eating just plants and avoiding as many animals as possible in my diet. And they started getting their erections back after having heart surgery.

So yes, meat does affect your sexual health. So my recommendation is to back off of it. Take your time, walk away from it. It took me awhile. It took me, I would say about a year and a half to get to 80 percent vegan. So now I only eat 40 animals a month, but that does make a significant difference in your sexual performance.

So I hope this helps you out. Take a look at your diet, see where you can cut it out, I can almost guarantee their will be improvements And there you go. Hope that answers that. Answers that question for you.