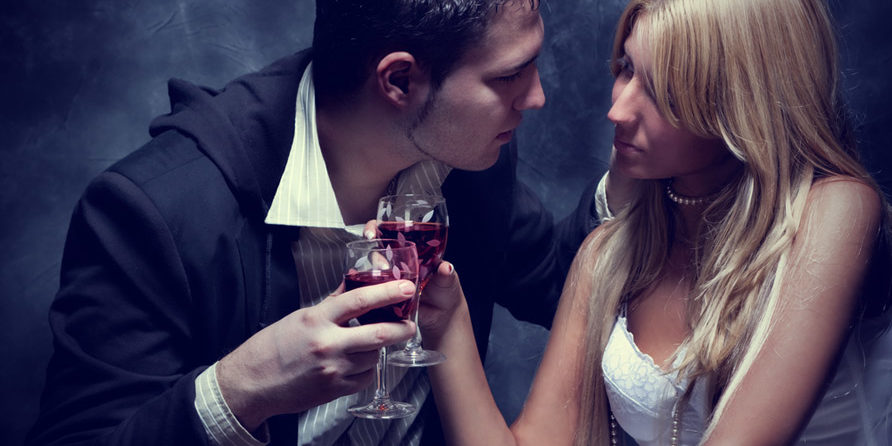 So how do you turn wine into an aphrodisiac?  Add an herbal aphrodisiac tincture.  That simple.  Sort of. 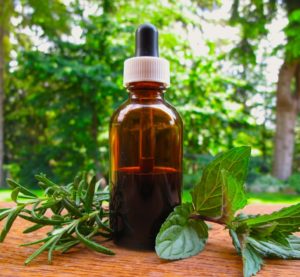 Herbal tinctures are like a liquid concentrated super healthy salad.  Herbs are strained with alcohol through cheesecloth and sit for 2 or more weeks to bring out the essence of each herb.  Combining different herbs into one tincture can create formulas that have powerful effects on the body.

When you take a tincture the herbs go directly into your bloodstream.  Your body is pre-programmed by nature to know what to do with each herb.  These herbs have already been tested for thousands of years on millions of people throughout history…just like the cinnamon in your kitchen cupboard.

An aphrodisiac tincture is made up of herbs that stimulate your body’s own production of testosterone and naturally increases blood flow.

Testosterone increases the desire for and ability to perform sex at a higher level for women and men.  For men the bursting and burning of testosterone fuels erections.  For women testosterone increases drive and lubrication.  In other words testosterone heightens the entire sexual cycle from wanting sex, to having it for a longer time, having stronger orgasms and then being ready to have more sex faster.

What Is Your Sexual Performance Score?

Of course the next question is will adding an aphrodisiac tincture to wine make sex better?  Well that depends on your Sexual Performance Score.

In other words on a scale of 1 to 10 with 10 being the highest how do you rate the last time you had sex to the best time you had sex.  For men…take 1 point off because we always think we can perform like we did 7 years ago LOL.

Here is how the sexual performance scale works.  A 10 is when you are at your healthiest which tends to be when you are in your early 20’s.  A five is when you need a lot of stimulation to have an erection, lubrication or desire.  A 1 means you are too unhealthy for sex.

Will An Aphrodisiac Wine Work For Me?

The answer is…it depends on your Sexual Performance Score.  If you are from 8 to 10, then you are a perfect candidate for an aphrodisiac enhanced wine.  At a 7 it will depend on your immediate sexual health like what you ate, drank and did in the past two days.

At a 6 having any wine at all lowers your ability to perform.  You are better off having an aphrodisiac tincture by itself, with a tea or as a tea.

Anything below 5 and an aphrodisiac wine will not work.  You need to make serious consistent changes to your lifestyle to get your sexual health back.

Taking an aphrodisiac wine will increase your sexual performance score by one to two points by itself.  Add in a few sexual health techniques will increase the speed and number of points you can move up.

African Fly is an aphrodisiac tincture that has been used by couples since 1999.  It can be used by itself but when added to wine it intensifies the level of drive…especially for women.

Wine is already known as a aphrodisiac for women.  A 2009 study of 800 women showed that red wine in small amounts increased the sexual appetite of women.  Adding an aphrodisiac tincture takes it to another level.

Women have 10 times less testosterone than men so when the testosterone they do have gets intensified women can have a much stronger reaction.  Most women are not used to dealing with a higher level of testosterone and the sexual aggressiveness, desire, stamina and possible multiple orgasms that comes with it.

While men will have a strong reaction to a aphrodisiac wine, women’s reaction is more dramatic.

The most effective wines are red wines.  African Fly is an aphrodisiac tincture that contains cinnamon, ginger and cloves that pairs well with red wines.  For some people it takes the edge off of some of the more bitter wines like Merlots.  African Fly also compliments wines with cherry, apples and oak flavors.

To get to the flavor you like is up to you.  It is a fun experiment to have.  The thing to remember is to only drink a small amount for the aphrodisiac effect.  Too much wine and you will just be…well…drunk.